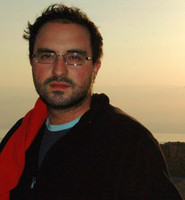 In 2017, over two decades after the advent of the internet and over a decade after the advent of social media, the digital disruption remains a major factor for Canadian writers, editors, publishers, and book/periodical retailers. Print publishers of books, newspapers, magazines, and journals have been compelled by the technological revolution and shifting consumer preferences to offer complementary electronic versions of their publications or to transition to digital format. However, Canadian book publishers must continue to publish both digitally and in print because, after their formative period of novelty passed, e-book sales leveled off and hard-copy sales still rule the landscape. Moreover, a recent study found that 80% of children aged 6-17 prefer print books over e-books,[1] and since Booknet Canada’s The Canadian Book Market 2016 stated that the majority of book sales (39.4%) were in the Juvenile category, it stands to reason that print books are holding out against electronic inroads.[2] This reality, though, may soon be reversed: Pricewaterhouse Coopers (PwC) foresees that, while total book revenues in Canada (incl. consumer, educational, and professional books) will increase in 2019, electronic consumer books will surpass declining print/audio consumer books revenues by that year.[3] This despite Booknet Canada’s 2016 study evidencing that respondents were much more likely to have rarely or never read e-books than to have listened to audiobooks and that libraries’ audiobooks circulation and digital loans have significantly increased in recent years.[4]

Another important, and overlooked, issue is that Canada’s small literary presses (SLPs), important publishers of high-quality works in the genres of literary fiction, short stories, poetry, and essays (genres that historically are crucial to constructing national identity)—SLPs like Calgary’s own Bayeux Arts—have struggled to pay printing and warehousing costs and so have greatly curtailed expenses by going digital or utilizing print-on-demand production, eschewing even initial print runs for all but the most predictable bestsellers among their frontlists and backlists. Most SLPs have strictly limited the number of titles they release in any given year to circumscribe overhead, payroll, and operational costs, thereby greatly minimizing the number of Canadian writers, especially emerging authors, who can secure a traditional publisher for their new works, forcing these writers (who have traditionally been first “discovered” and introduced to Canadian readers by SLPs) either to self-publish or to remain unpublished, irrespective of the quality of their oeuvres. Others, like Ottawa’s BuschekBooks, have simply folded.

On the upside, following declining advertising revenues for Canada’s print newspapers and periodicals, paywalls for digital versions have begun compensating for losses, and digital magazine advertising revenues have escalated concurrent with the increasing popularity of magazine websites.[5] This is a crucial bulwark for Canadian columnists, feature writers, editors, and publishers of popular, literary, scholarly, and trade periodicals.

Counter-trends constitute another aspect of the overall publishing industry picture: in America, Newsweek magazine folded as a print periodical only to be resurrected in print less than two years later; online mega-retailer Amazon.com obviated countless independent bookstores and even bookstore chains like Borders, only to itself instantiate the bricks-and-mortar model with, to date, 15 Amazon Books physical stores (none yet in Canada). Notably, print books purchased in bookstores, supermarkets, and drugstores continue to predominate the industry (2/3 of all books sold).[6] These counterintuitive, anomalous realities evince the need for Canadian publishers and publications to strike a precisely calibrated balance between product formats and distribution channels, tailoring offerings to their consumers’ preferences.

According to PwC, “Canada is a nation of avid readers, with one in three Canadians being a heavy book buyer…”. The claim preceding the statistic only makes sense relative to other countries: domestically, it means, a majority (2/3) of Canadians are not avid readers. With an adult literacy rate of 99%[7], Canada’s challenge is, apparently, not to increase literacy but to enlarge readerships by promoting reading as recreation and information-sourcing. Yet other data leave a markedly different impression: First Book Canada’s latest statistics indicate that 25% of Canadian households don’t even own a single book, and about 30% of Grade 3 students lack basic literacy skills.[8] In an era of binge-watching television shows, movie streaming, exhibiting superhero blockbusters, downloading music and podcasts, and sharing live-streams, videos, and photos on social media…small wonder.

This is perhaps the greatest issue facing Canadian literature producers. First Books Canada partnered with McDonald’s Canada in May 2017 to nationally distribute 2,000,000+ books with Happy Meals, helping give kids access to books. Also counteracting the problem of early childhood literacy is the newly founded Canadian Children’s Literacy Foundation, whose avowed mission is “to ensure that ALL Canadian children are skilled, confident readers by the time they complete grade school – thus making Canadian children the most literate in the world.”[9]

In terms of challenges, a close second would surely be authors writing for, and publishers accessing, emerging and expansive global markets (with rising literacy and middle-class incomes), especially India and China. The president and publisher of Simon & Schuster Canada emphasizes the need for “thinking about publishing global authors in Canada and Canadian authors in the global environment.”[10] One way to do this is via writers’ festivals and international book fairs, such as that of Frankfurt, where relationships are fostered and deals struck, including those licensing ancillary rights such as foreign-language translation rights. Recently, Ontario children’s book publishers Kids Can Press and Groundwood Books were consecutively named North American Publisher of the Year at the Bologna Children’s Book Fair.[11] NAFTA is presently being renegotiated, and maintaining a cultural exemption will be necessary for Canada’s creative/cultural industries to avoid the potential implementation of protectionist barriers to market. As part of the new Creative Canada vision (Pillar 1 – Investment in Canadian Creators), the federal government has committed to “continue to support print and digital production and […] experiment with innovative approaches to marketing and promoting Canadian books” and will focus on creators, “ensuring they are fairly compensated, and can protect and make the most of their intellectual property.”[12] Further to the latter point, Canada’s Copyright Act is due for review and its Copyright Board for reform. Creative Canada’s second component (Pillar 2 – Promoting Discovery and Distribution) concentrates on going global, provisioning: diplomats to expedite penetration by Canadian creators of key foreign markets; upgraded Canadian presences at major trade fairs/events; and a federal cultural trade mission, the first in Canadian history, facilitating B2B partnerships.[13]

An additional globalization-related issue is the phenomenon of sensitivity readers, employed by publishers to ensure that authors writing of identifiable groups to which they do not belong are doing so in an accurate, responsible fashion. This becomes exponentially more relevant with the opportunities, and potential hazards, afforded by globalization.