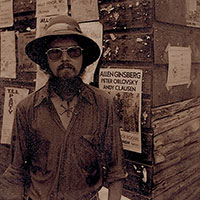 Richard Wayne Horton has received 2 Pushcart nominations, and has published 2 books of flash and short fiction, Sticks & Bones (Meat For Tea Press) and Artists In The Underworld (Human Error Publications). He has published in Meat For Tea, Bull & Cross, The Dead Mule School of Southern Literature, and others.

Dick said that after a while he just sat in the road at 55 miles an hour. Sat in the fast lane so speeders wouldn’t get it. He said it was his good deed for the day. He said 55 was really very fast. Anyone needing to go faster than that was basing their self esteem on a hyper-aggressive image, at the expense of other people’s safety. They were crapping on other people! So he stayed there, and even tapped the horn when speeders passed him in the slow lane, giving him the finger. The fact that they dared pass him, in defiance of the law, made him so mad he white-knuckled the steering wheel, saying to Sally each time, “get that number?”

But Sally wasn’t taking numbers. She looked at her watch and said, “Oh, lordy! They’re probably all sitting down to the turkey roast by now!”

Dick told her, “I hope they don’t get colic, eating so damn fast! I hope one of them doesn’t swallow his fork and die!”

Sally told him, “Dick, they changed the speed limit. You can go 65 now if you want to.”

An hour later they finally pulled slowly, very slowly, into the yard under the pecan trees. Sally jumped out and ran inside where we were already sitting at the kitchen table disagreeing about politics. By the time Dick walked in, Sally had told everyone about the 3 hour drive from a town 2 hours away.

I said, “well, I don’t agree with that kind of behavior at all! Someone who drives slow in the fast lane is more dangerous than a drunk driver!”

“It was a teachable moment for the other drivers,” said Dick, “When they go back to being sane, they’ll be glad I showed em how!”

“What I think people should do,” I said, “is drive on the shoulder of the road if they’re not going to go 80 like everyone else!”

“And what I think they should do,” said Frank from the living room couch, “is shut the fuck up and let me sleep!”

“Aw, you don’t need no sleep!” I said. “All you did was walk around like a monkey all last night punching time clocks!”

“And all day before that!” said Marylane.

Sally said, “I want some of those green beans!”

Frank walked past the fan into the kitchen, rubbing his big belly. “Y’all save me my biscuits?” he demanded.

“No, we threw yours down the toilet!” I said. “We saved ours, though! Here now! Here now! Leave my biscuits alone!” Frank was at the stove pulling a row of biscuits off the pan.

Marylane went and got Jerry out of the bathroom where he’d been pulling all the toilet paper off the roll, and he went running into the living room to sit down and punch the keys of the broke Olivetti portable typewriter on the floor in front of the easy chair with the grey stuffing hanging out of its arm. Star Trek The Next Generation was on the TV. Frank had turned up the volume so he could sleep, and now when we talked to each other we had spaceship music to add mysterious meaning to our words. Frank picked up the potato salad and scraped some out. “This ain’t cold!” he said.

Marylane said, “that’s because it sat out for two solid hours when Sally and Dick didn’t come.”

Dick squeezed between my chair and the refrigerator and opened the door to get a beer. “I can’t stand those things,” I said.

“Well, good!” said Dick, pulling one out of its plastic harness.

“I think it’s in the electric frying pan!” said Mama from her room where she was lying down. “At least it was there the last time I looked. I don’t know if it’s still there or not!”

Marylane got up and took Frank’s plate over to the electric frying pan sitting on the wooden homemade cabinet under the second grade pictures of Sally, Marylane, Donna and myself, screwed to the wall under plexiglass. Donna is the pretty one, with silky blond hair and lazy eyes with long eyelashes. Now she lives under a bridge and eats at the Salvation Army.

Frank grinned suddenly and slapped Marylane on the butt. She put his plate down and sat next to him, smiling. “Get away from that!” he yelled, seeing Jerry trying to pull the heavy black gun out of his gunbelt that hung from a nail on the door jamb. His security guard job allows him to strap on a gun.

“Can I shoot somebody?” asked Jerry. Frank lunged upward in his chair. Jerry jerked his hand away, grinning. Frank eased back down in his chair, and Jerry reached for the gun again. He would have kept on working Frank, making him go up and down, but Marylane got up with a loud sigh and went over to get him away from that area.

Dick went all the way around the table to keep from squeezing between me and the refrigerator door again. He sat down next to Sally, who was galloping through her second plate. She smiled at him with her mouth full, and he rubbed her shoulder. “I got it almost written,” he said.

“What are you writing, Dick? Poetry?

Sally said, “his boss told him to get his statistics up, and he’s writing a letter to explain that the work can only be done a certain way, and therefore that it’s impossible to take less time.”

“What happened,” Dick said, “was that someone found out I had voted Democrat. Need I say more?”

“Aren’t you tired of all that liberal crap?” I asked.

“Tired of the truth? You can say you hate it, but it catches up with you! Shit, I don’t care if anyone agrees with me or not! Go ahead and put swastikas on your car! Hey, why don’t you volunteer for the Confederate Army? Secede! Start slavery up again! Maybe they’ll give you a horse and a sword and a flag with gold tassels, and you’ll get a statue when the blue coats mow you down.”

“Did you find it?” asked Mama.

“The turkey roast! Was it still there?”

I looked in the doorway of her room and saw her feet sticking up at the end of her bed. She was lying on her back looking up at the ceiling with a worried look on her face, trying to get her heart to slow down. A small TV was in there talking to her, telling her not to worry about her heart, to get up and go shopping, to go to Sonic and get shakes and cokes for everybody. Other voices were probably there too, thanking her for not taking her pills so they could come back, telling her there was a big old ugly Nazi outside the window, that she better be careful and not stand where he could see her.

I yelled, “hey, Mama! Did you take your pills last night?”

“Did she take her pills?” I asked Marylane.

“She took the damn things!” said Frank. “I watched her.”

Dick pulled something rattly out of his pocket, a Joya De Nicaragua cigar. He slid it out of its stained cellophane wrapper, got up, and carried it to the stove, where he turned on a burner, and stuck the biting end over the blue flame. He smokes them backwards. He says when he tries to nip the correct end off, that never goes well.

Frank handed his empty plate to Marylane and said “get me some more peas and meat!” She went to fill his plate.

Dick took the first puffs on his cigar over by the stove, put his fingers where the cigar wouldn’t unravel, being smoked wrong, and walked out to the porch, grabbing a chair on his way.

Jerry’s eyes lit up and he followed Dick, asking for a puff on the cigar. Dick said, “you might smoke it incorrectly! You’d probably inhale, which you’re not supposed to do. And besides, you’d hold it wrong, and it would unravel!”

“Come on, gimme a puff of cancer!”

“I think I’ll go out in the yard and pick up pecans,” said Sally, “if I can get my stomach to stop hurting.” Just then Mama came puffing out of her room with her worried expression, trudged over to the sink, washed 5 dishes, and turned to trudge back into the bedroom. Marylane tied on an apron.

Mama called from the bedroom, “I’ll get those done! Don’t you worry with ‘em!” Marylane ignored her and started washing the dishes. I could see Dick out on the porch. He blew a thick cloud of white smoke, and rubbed his stomach, frowning.

“Well, are y’all going to take her?” asked Frank.

“She can’t stay here by herself! Not anymore!” said Marylane, scrubbing a plate with quick circular motions at the sink. “She would just go crazy again and end up under the table talking German.”

“No, I wouldn’t go crazy!” said Mama from the bedroom. “I’m all right now! Just stop worrying about me!”

“But if we did that,” yelled Frank, “you’d let Donna in the house again, and she’d get you off your pills and invite her street buddies in to steal your food, then she’d give everyone an STD from sitting on your toilet.”

“I wish you wouldn’t say bad things about her,” said Mama. “You’re so hateful sometimes!”

“If Mama stays with you,” said Frank to Sally, “Dick can feed her quiche!”

“Yeah!” said Dick from the porch. “I know something she likes! Squid! She gobbles that up real nice! It’s my specialty, too!”

“You don’t?” asked Dick, pretending to be astonished.

I was rubbing my own stomach too.

“You got any aspirins?” asked Sally in a weak voice. Dick got up out of his porch chair and came in. He stuck his finger down into his shirt pocket, and dug out a box of Maalox tablets. “Hold on!” he said. “This might help!” He was holding them out, stumbling toward Sally with pained determination, when Jerry, who had been pulling Mama’s old photos out of her dusty black-paged album and throwing them on the floor, yelled, “look at Grandma! She’s a horsie!”

Mama was crawling across the kitchen floor on her hands and knees. I wondered at that, but then again, my mind wasn’t exactly functioning anymore. Jerry, who had refused to eat his dinner, and was feeling just fine, got on Mama’s back, kicked her in the ribs, and said “go, horsie!”

Marylane, holding onto her stomach, went running toward the toilet. The last thing I remember before I fell out of my chair was Frank lying on his side under the table and yelling, “Jerry! Call E M S! Get off Grandma’s back, and call the damn ambulance!”

And Jerry did go somewhere, it seemed. He went and picked up something black.